A controversial mural has appeared last Friday in central Rome: a kiss between political rivals Matteo Salvini, leader of the nationalist Lega party, and Luigi Di Maio, leader of the anti-establishment Movimento 5 Stelle. Against the backdrop of a red love heart, both leaders are further identified by their party logos, with Salvini wearing an anti-European badge for good measure. The image, on Via del Collegio Capranica, is signed by Tvboy, the internationally-renowned street artist who lives in Barcelona. The painting was in Rome’s Via del Collegio Capranica, a few hundred meters from the parliament buildings where newly elected legislators will hold their first session that day. It has been suddenly deleted.

Born in 1980 Palermo, Italy, “Tvboy” is the pseudonym of the artist Salvatore Benintende. He grew up in Milan, where in 1996 he broke into the art world via graffiti. After studying painting and illustration at the University of Bilbao in 2002, he returned to Milan to finish his studies in Industrial Design, specialising in graphic art. He soon began collaborating with various European studios and brands as a freelancer. He has also put together shows in several galleries and been involved in street events in Italy and Spain. In 2003 and 2004, Tvboy began an artistic invasion of the iconic Italian cities of Milan, Florence and Rome, before moving on to a more international scene.

Start a Revolution Without Weapons is the first book of TvBoy published by Drago where his unique iconography depicts heavily caricatured children whose block-like heads are interchangeable with television screens. These inimitable characters have a Kauai grace reminiscent of Katano, Kaikai and Murukami but are unmistakably influenced by the occidental imagery of comic strips defined by the likes of Schultz and Watterson. 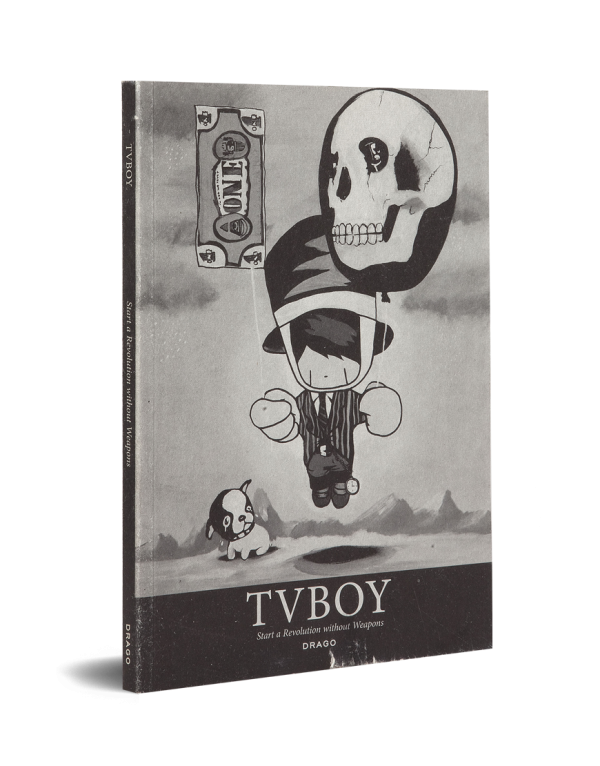 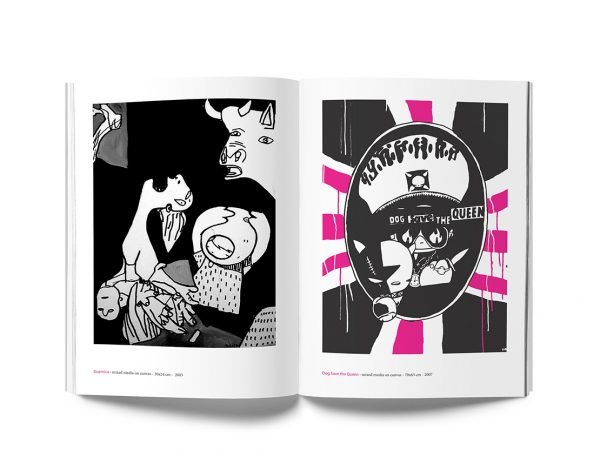 START A REVOLUTION WITHOUT WEAPONS