Kitted in a silver spacesuit, Mauren Brodbeck lounges amidst the dry ice of her motel room. The room is lit artificially with jade green LEDs and at the centre of the room stands a double bed. Above the headboard discothèque projections flash throwbacks to the 80s. ‘Please turn on your magic beam,’ Brodbeck sings, ‘Mr. Sandman, bring me a dream.’ Unlike the group harmonies of The Chordette’s 1954 barbershop classic, Brodbeck’s solo performance probes anxiously at the lyrics’ sense of alienation: ‘Mr. Sandman, I’m so alone, / Don’t have nobody to call my own.’ Closing the scene, Brodbeck peels away her spacesuit. The motel room momentarily feels like an installation again. Outside of the installation, an audience watches the artist change.

‘Do we really question what was just given to us?’ Brodbeck asks. ‘I don’t think so. At least, very few people do.’ Born in Geneva in 1974, Mauren Brodbeck has, throughout her career, sought to break down categories of representation. As a multisensory artist who combines visual art, soundscaping and performance, her work often transgresses generic boundaries. ‘I don’t believe we can be just one thing,’ says Brodbeck. ‘I believe that every human being is so many different things. So I like this multiform idea and this idea of being so vast and expansive.’ ‘You can expand,’ Brodbeck adds. Whether a note to self or an instruction to her audience, Brodbeck’s comment seems to offer something of an invitation: ‘I like the immersive universe, where the person who comes to the exhibition can really dive in, can be in the installation.’

Initially created as a photographic series in 2003, Brodbeck based her 2016 reconstruction of ‘Mood Motel’ on the inner lodgings of the Hollywood motel circuit. ‘I did this photographic series, which was really about identity,’ Brodbeck explains, ‘because the motel is so attached to our culture, the cinematic culture, the storytelling culture, and the everyday life of the American people.’ As part of the series, Brodbeck replicates her own image to form multiple personas: ‘I’m face to face with each other,’ says the artist, ‘I double myself in those images to create a story.’ Performing ‘Mood Motel’ was ‘really a synthesis of this experience of the room,’ she adds. ‘I created the physical installation of the room, of this void or non-place, where everything is possible, where any person who comes to the exhibition can be in the installation. Here you can start over. You can live something different, you can create for yourself a new identity, confront your own identity and your own life.’ There is ‘something freeing about knowing you can drive somewhere and end up finding a motel,’ Brodbeck says. Perhaps it encourages us to perceive ourselves with a similar freedom, given the prospect of an open road.

Like the motels of Hollywood, Brodbeck’s ‘Mood Motel’ is set in between places and states, ‘almost in limbo.’ Her character of the astronaut, an outsider to the scene, enters the American Dreamscape only to find it lacking. ‘You have inner space and outer space,’ Brodbeck explains. ‘I’m bringing out my inner world to these places. This feeling I have, as many other people do, of this alienation, of this society—sometimes you wonder how we all fit in and what’s really going on. We are so focused on the automation of our lives, when we are so much more than that.’ For Brodbeck, constructing an ‘immersive universe’ is about creating a ‘place of awareness’ that estranges us from the rituals of our daily lives. ‘We are all from outer space in a strange way,’ Brodbeck says. ‘I work with patterns and rituals, and in music also, with samples and imagery: repetition of faces, of colours, colour pattern and shape. When you really think of it, things are built on patterns. The automation of our life is the same. You wake up in the morning, you go to work. You have patterns and rituals. When you disturb this, and stop to reflect on it, then it kind of explodes. Then you really do feel like you are in that limbo place, of nowhere.’ Brodbeck laughs, holding the thought lightly.

Disrupting received notions of identity sits at the core of Brodbeck’s work. In her Oeuvres Photographiques, published by Drago, Michèle Auer of the Auer Photo Foundation, describes its effect as ‘a disturbing sort of identity maze that uses faces as rather vague reference points, and buildings as ultimate ports of call.’ Using techniques designed to disorientate the viewer, Brodbeck’s photographic series ‘Extra Coated’ and ‘Urbanscapes and Cityscapes’ both use colour-blocking and erasure to ‘disturb’ the viewer into observing their surroundings. As with ‘Mood Motel’ audiences must puzzle through an environment that transforms the banal into something otherworldly. ‘One only has to follow the thread,’ writes Auer. ‘Colour is there. It says it all.’

Where colour plays such a large role in her work, Brodbeck acknowledges the influence of Pop art and the movement’s ironic approach towards consumerism. Candy-bright and gelatinously textured, photographs such as the ‘Hell Yes’ doughnut almost look good enough to eat: ‘Call it retro Pop art. Post-Pop art. Popsicle. The ‘Extra Coated’ is like the cherry on top of the cake, the nail polish that can scratch easily. All of these touristic places [in the series] were places where really bad things happened. Now people want to see them as a symbol of greatness. I think bringing humour to this is a good way to disrupt it a bit. The doughnut seems to me a good shape for something in the US.’

As the scene closes on Brodbeck’s ‘Mood Motel’ performance, the Swiss artist pauses to reach for a crisp packet across the bed. She selects a crisp and places it in her mouth. ‘The ordinary is disconcerting,’ Brodbeck has written before, ‘all my works initiate from that angle.’ Watching ‘Mood Motel’ one is reminded of David Bowie’s stage show Lazarus, which also debuted last year. Has David Bowie had an influenced her work? ‘Yeah, big time. I love his universe. He’s known mostly as a musician, but his universe was completely multisensory. He played with persona and personality, and I do that also. I’m totally influenced by the 80s. I don’t know if it’s the worst period or the best period. It’s too much right?’

‘Waiting for the gift of sound and vision,’ Bowie sings, ‘Blue, blue, electric blue. It’s the colour of my room.’ When asked what the colour of her room would be, Brodbeck stops to think for a moment. She looks to the ceiling and smiles. ‘That’s a good one, because now I think of this blue, I really like it. It’s so… electric. I would go green—aqua green.’

Thanks for speaking with us, Mauren. 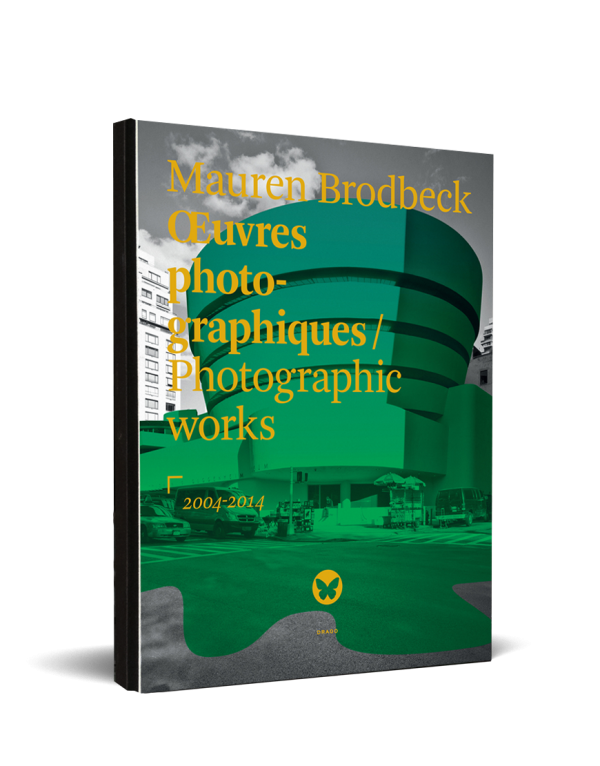 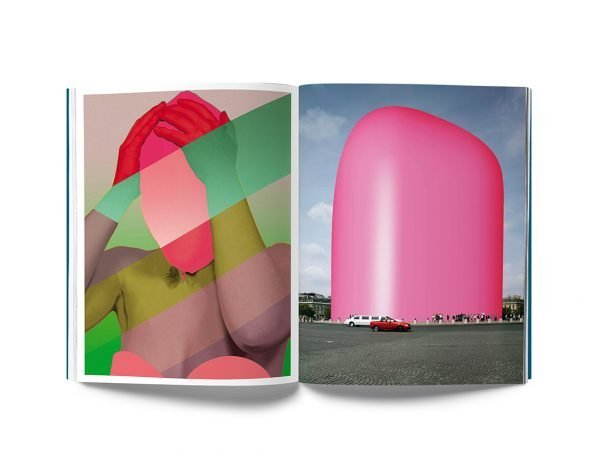