The tagger known as Geco is not as famous as the British provocateur, but he has made a name for himself in Italy.

By Elisabetta Povoledo from The New York Times

ROME — The post on the Rome mayor’s Facebook page was triumphant: The police had tracked down a man “once considered uncatchable,” she said in announcing that after a yearlong investigation, the authorities had discovered the real identity of the elusive tagger known only as Geco.

For years, his moniker in blocky letters has marked countless Roman subway stations and bridges, abandoned buildings and schools, parks and galleries. Stickers with his name have been affixed to innumerable street signs, lamp posts and news stands.

“He has soiled hundreds of walls and buildings in Rome and other European cities, which had to be cleaned using public funds,” the mayor, Virginia Raggi, wrote on social media this week. She posted a photo of “hundreds of spray paint cans, thousands of stickers,” and other tricks of the trade that she said investigators had confiscated from the apartment of Rome’s most-wanted graffiti painter.

The city authorities did not disclose Geco’s real name. But Italian news outlets identified him, without saying how they had obtained the name. And they gave few personal details about the man, who is thought to be in his late 20s and originally from Rome. His lawyer would not confirm his real name.

Geco is not nearly as well-known as Banksy, the world’s most famous artist-provocateur, whose real identity remains a secret. But he has made a name for himself in Rome, where his tags seemed to be everywhere, while his true identity — in the spirit of his more famous counterpart — was kept a secret.

Paulo von Vacano, a publisher and expert in contemporary urban art, said tagging “is something brutal, archaic,” adding: “You tag your name to show that you are king of the street. In the context of what he did, he did it very well.”

Geco fueled his fame by tagging a perilously tall railway tower and by climbing to the roof of a municipal food market to leave an unusually verbose message: “Geco ti mette le ali,” or ‘Geco gives you wings.”

While most Romans would concur that the Italian capital could use a good cleanup, including its graffiti, many grumbled that the city — and the mayor — had much bigger problems to contend with, from the ever-present scourge of potholes to infrequent garbage collection, not to mention the economic toll of the coronavirus pandemic.

“A writer treated like a mafioso,” a lawmaker for the center-left Democratic Party, Matteo Orfini, wrote on Twitter. “Reading and interpreting a city only through the lens of decorum and security can’t be the solution. In fact, it’s a (not small) part of the problem.”

At least one “Free Geco” tag appeared on a city wall. But actually, he has not been arrested.

Geco’s lawyer, Domenico Melillo, himself a graffiti writer turned street artist known as Frode, said the investigation was still in a preliminary phase and his client had not been formally charged.

“Everything has to be verified,” he said.

If Geco is charged with defacing public or private property and found to be a repeat offender, he could face up to two years in prison and fines.

But Mr. Melillo dismissed the mayor’s Facebook post as little more than political propaganda which violated his client’s right to secrecy during the preliminary investigation. Mayors have understood that cracking down on graffiti has become a way to forge a political consensus, he said, adding, “They want to show that they’re doing something.”

Through his lawyer, Geco declined to be interviewed.

The Geco sting was carried out by an 18-month-old environmental police task force that works directly for the mayor’s office. It acted on numerous complaints by Ms. Raggi as well as the city’s infrastructure commissioner and an association for one of Rome’s biggest parks. They claimed damage to city property as well as various other buildings and green spaces.

It was rumored that Geco had landed in the cross hairs of the mayor because he had mistakenly tagged what he thought was an abandoned building that turned out to be a Secret Service hide-out.

The mayor’s office said Geco had also operated in other European countries, above all Portugal, where he had caused thousands of euros in damages in Lisbon.

Some might argue that Rome had expanded its urban art scene thanks to his tags. When it comes to graffiti, there has always been a fine line between vandalism and creative genius, said Mr. von Vacano, the urban art expert.

Many celebrated contemporary artists, including Jean-Michel Basquiat and Keith Haring, began their careers as taggers. And countless street painters have achieved fame, and market value, from Banksy to Blu, another celebrated — and anonymous — Italian artist.

Geco has never strayed from his roots as a tagger. In an interview on a Portuguese website, he defined himself as a high-volume bomber who wanted to “spread my name more than having a super-developed aesthetic.” He said his top priority was quantity, adding, “Quality comes later.”

“He is pure,” Mr. von Vacano said. “He is everywhere, a free spirit, and like all street artists of his kind, he works in lawlessness. He does not interact with the art system.”

While Ms. Raggi was celebrating the supposed downfall of one street painter, another was being celebrated at Rome’s municipal Gallery of Modern Art, with a retrospective of the American Shepard Fairey. The show, “3 decades of dissent” is now closed because of the coronavirus.

And for a campaign launched last November to teach Roman schoolchildren to keep their city clean, Ms. Raggi hired a well known graphic artist to draw her as a manga comic figure. (In one, the mayor is shown frowning upon a graffiti writer.)

Not long after, the artist, Mario Improta, known as Marione, was fired from the campaign after he posted a vignette on social media depicting the European Union as the Nazi concentration camp Auschwitz.

“It’s clear that not everyone likes graffiti and it’s legitimate that someone can be annoyed that someone has tagged his house. But it’s a leap to think of a writer as a criminal,” said Andrea Cegna, the author of a book on graffiti.

To praise the Banksys or the Harings, he said, you have to accept the contradictory part, the illegal part.

Elisabetta Povoledo has been writing about Italy for nearly three decades, and has been working for The Times and its affiliates since 1992. 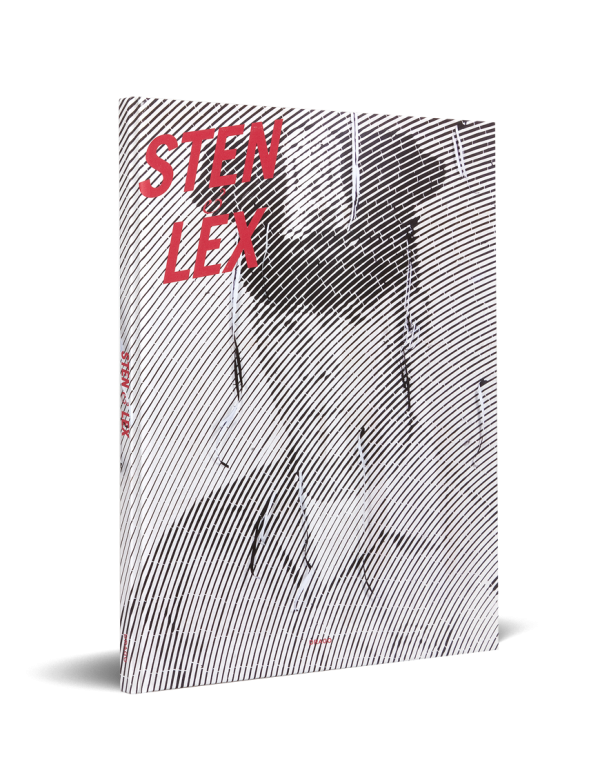 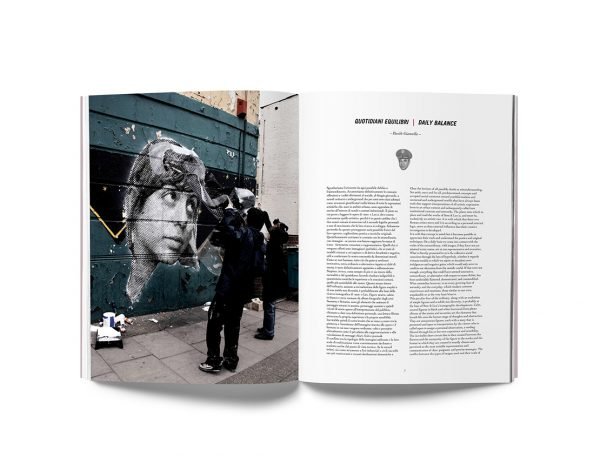 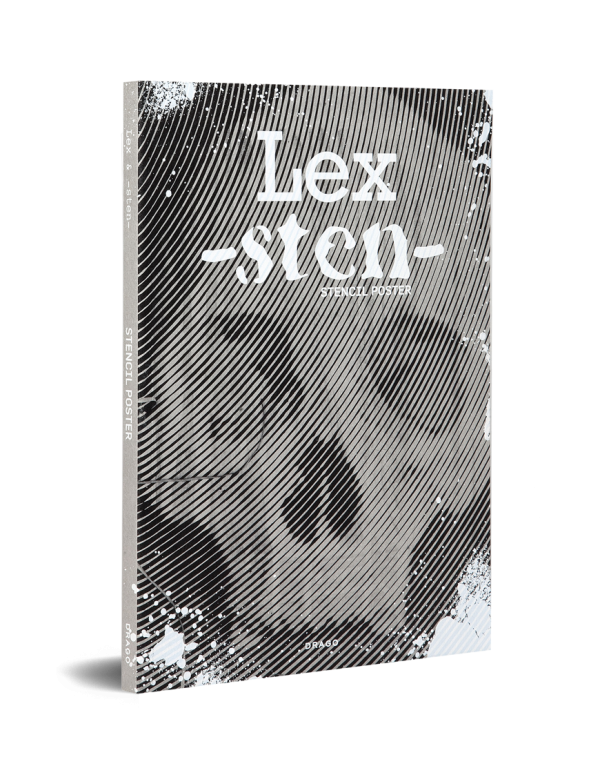 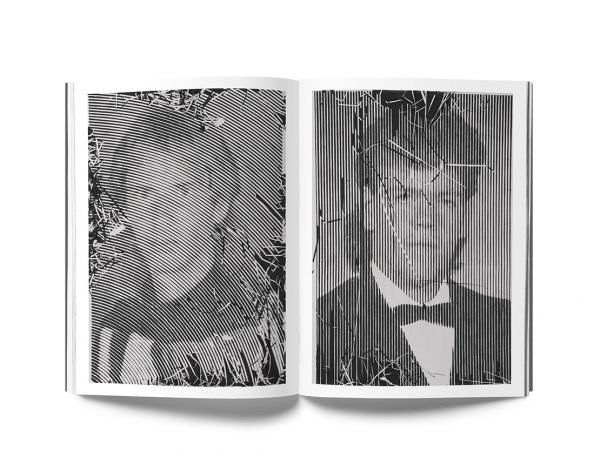